Taking a Break… but not exactly

I’ve been struggling off and on with my running for years now. I get excited and motivated and I do well for a while… and then comes the inevitable fatigue. I’ve just felt like I stopped progressing. Or like I just didn’t have the time or energy to do my runs. But mostly, I didn’t want to.

When COVID-19 really hit I was already in a running slump. And then I started feeling anxious about trying to run and stay 6 feet from people. Or trying to run with a mask on. Or whatever. It all just felt too inconvenient and somewhat overwhelming.

I had been tempted by the idea of a Peloton bike for a while. I’d looked at the site multiple times, but never pulled the trigger. My husband’s ex bought one about a year ago and she’s transformed. She’s fit. She looks the best I’ve seen her. And she’s obsessed with the bike. My step-daughters have both become fans as well. A few weeks ago the three of them participated in a long-distance Peloton event in which each of the girls rode over 30 miles.

At the start of our Stay at Home order here in North Carolina, I pulled the trigger and bought a Peloton. It was delivered on April 3rd but the delivery folks only bring it to the door of your house so it was late that night before we were able to move it into place. I got on the bike for my first ride on April 4th and it’s been harder to NOT get on the bike each day than it has been to get on it. 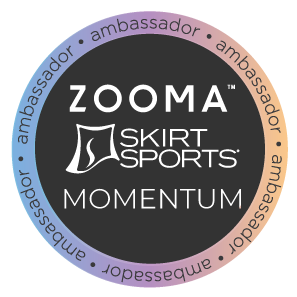